So you want to publish an Italian work of art? 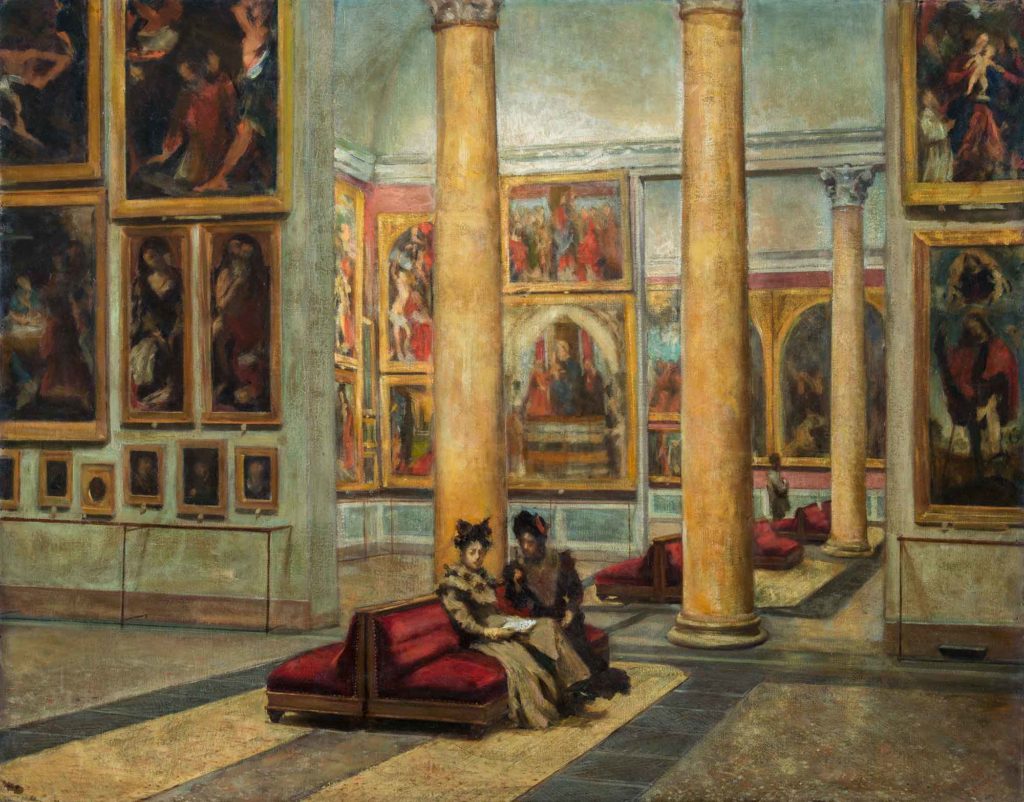 Whether you write about XIV century sculpture or about the history of measures, there may come a time when you need an image of an Italian work of art for your publication.

Let’s pretend for a moment that you want to avoid picture libraries – a wise choice, if I may say so – or that the work you need is not so famous as to be in every commercial archive, that is extremely plausible.

There are a few important things you need to know before entering the realm of Italian bureaucracy.

In this article, I’ll give you a little background and useful information to deal with Italian museums. More to come on archives and libraries.

Please bear in mind that not all the collections are state-run, some institutions are run by municipalities, others by universities and others by foundations.

The first attempt to provide guidelines and a price list for the use of artworks’ reproductions or, like some say, to generate revenues from licensing images, was a 1993 law on services for museums, archives and libraries.

It stated that no fee was due for personal (or study) use of the pictures – except for a reimbursement for the providing institution – and for the reproduction in scientific publications with less than 2000 copies and a price not over 150.000 lire.

It also set a difference between b/w and color images. The last ones were costlier, due to the higher price of color films.

Speaking with an elderly archivist, a while ago, she explained to me that the color images were regarded as a luxury, while the b/w ones could suffice for academic discourses. Absurd as this reasoning is, it seems that it still permeates the field, as color prints are still costlier for publishers. Thus, in this time of digital photography, ebooks and online journals, some institutions still maintain the difference between b/w and color images and not just with respect to the price of the pictures, but for publication rights as well.

A major change happened in 2014 when the new law on cultural heritage granted permission to take photographs inside museums and use them even on personal social media accounts or on the internet for the promotion of Italian cultural heritage. All commercial uses of the pictures taken, however, are forbidden and you still need the authorization from the museum to publish them.

Libraries and archives were not interested from the new law until some years later. Thanks to the efforts of a group of scholars, finally, in 2017 the permission to freely take photographs was extended to libraries and archives too. Therefore, today anyone can take pictures of works of art, documents or books without having to pay the institutions which host them. Reproduction services are still available for students and scholars who cannot visit in person.

As for reproduction rights, the majority of the institutions still follow the basic rules established in 1993. In order not to pay fees, a publication must have a print run of fewer than 2000 copies and a price not exceeding 70 (or 77) euros, an almost exact change of the old price in lire.

There are some exceptions, though. The 2014 law has given a “special autonomy” to some of the biggest and most important Italian state-run museums, such as the Uffizi, Pompeii’s archeological area, the Galleria Borghese and the Pinacoteca di Brera among others. The autonomy is scientific as well as financial and organisational and it can reflect itself on the licensing of images of the collections, leading to opposing choices and practices.

The Uffizi, one of my clients’ most required source of images, decided that a publication must have a circulation of fewer than 1000 copies in order to be exempt from paying fees. A condition that many academic publications, with print-runs between 1000 and 2000 copies, don’t meet.

It’s impossible to know the revenue of image licensing for the Uffizi, as there isn’t a specific voice in their yearly financial report. An unofficial estimate, provided during a conference on artworks reproduction rights at the Law Faculty of Roma Tre University in 2018, was about 500.000 euros per year.

Given the nature of this figure, it is also impossible to know how much the contribution of publishing, and more specifically, of academic publishing amounts to. A look at the prices on their Rights and Reproductions page shows that advertising should get the lion’s share.

On the other hand, the Pinacoteca di Brera, another autonomous institution, home to masterpieces by Andrea Mantegna, Raphael, Bellini brothers, Francesco Hayez and Caravaggio, chose to make high-resolution images of the works in their collection in the public domain freely available on their website. They explicitly invite scholars and presses to use their pictures, retaining the right to ask payments only for certain types of commercial uses, such as producing merchandising or advertisements with their images.

The autonomous museums usually have a website in English, and though not all the websites show information about reproductions on the homepage, or feature images of the collection, you should be able to find a page addressing the matter.

Smaller, and not autonomous, state-run museums are grouped in 17 Direzioni territoriali (formerly Poli museali) one for each Italian region, except for Sicily, Trentino Alto Adige and Valle d’Aosta whose cultural institutions do not depend on the Cultural Heritage ministry. Most of the times, the Direzioni territoriali are the competent institution to supply and license images.

Museums run by municipalities, foundations or universities follow their own rules with respect to image supply and reproduction rights. Thus it is difficult to draw a complete picture or to give indications about the prices. Some institutions apply discounts or do not charge rights for scholarly publications anyway.

Due to this administrative fragmentation, Italy doesn’t have a national image library which can supply and license images of state-run museums. As France does, for example. And even if such a solution has sometimes been suggested or wished for, it would entail such a large and complex work that no one actually believes it to be feasible.

So, over the years, the Italian Cultural Heritage ministry appointed commercial picture libraries as exclusive agents for providing and licensing reproductions of its artworks. Like Scala Archives, which began the collaboration with the ministry in 2002.

The last ones of these agreements was signed with Bridgeman Images in 2018.

In an open letter, CISL Funzione Pubblica MIBACT, one of the ministry’s employees unions, criticized the agreement, although the leadership of the ministry presented it as the best ever achieved because of the 50/50 split of the profits. (And one’s left to wonder how much the ministry had earned from the previous ones).

The union pointed out that Bridgeman, an international business, would be the beneficiary of the revenues of licensing images of the artworks kept in 439 Italian museums and sites. So basically of a remarkable part of the country’s cultural heritage.

That the agreement lacks of transparency, since the version published on the website of the ministry doesn’t disclose any details about the necessary arrangements to make it operative.

And that having as a partner a firm that has its headquarters in the UK seems a bit risky with Brexit on the way and the possibility that the two countries will end up with different, and not harmonizable, copyright laws.

What I really would like to highlight here, with respect to this agreement, is that is very unlikely that Bridgeman (or any other picture library) would grant the prices and the benefits for scholarly publications that the museums usually grant.

Some Italian legal scholars too are critical of the ministry’s choice of having private agents for licensing images. And not only because of the loss of potential revenues. Though they’re well aware that Italian copyright law protects strictly cultural heritage, so much so that the state can claim moral rights over artworks, they’re sympathetic towards open access and the opportunities that a greater spread of the Italian cultural heritage can bring to the country.